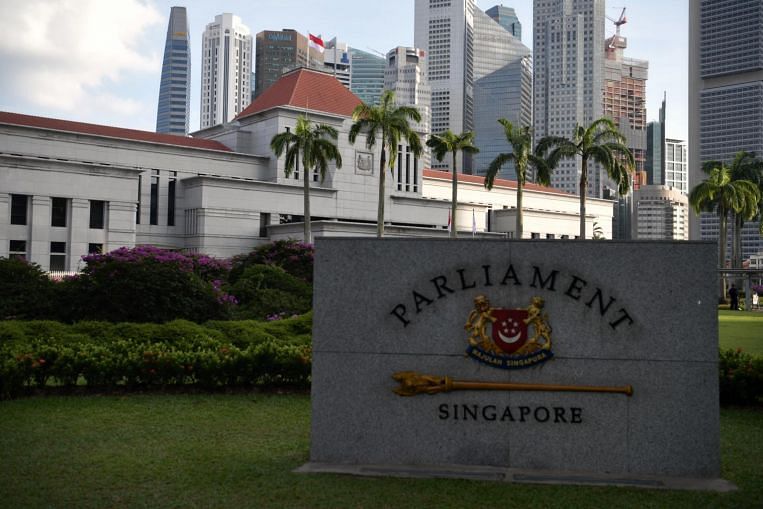 SINGAPORE – Parliament will sit for eight days starting from Wednesday (Feb 24) to debate the Budget 2021 statement for the new financial year, as Singapore continues to deal with the economic fallout of the Covid-19 pandemic.

The Government’s proposed extension of various aid schemes, which will taper off as Singapore recovers, and its plans for stepping up sustainability and innovation initiatives will be among the topics for discussion and scrutiny during the annual marathon debate.

The first three days of the sitting will focus on the Budget statement, which sets out the Government’s financial priorities and policies for the new financial year that starts on April 1.

The Budget statement, with the theme Emerging Stronger Together, was delivered in Parliament by Deputy Prime Minister and Finance Minister Heng Swee Keat last Tuesday.

Ms Tin Pei Ling (MacPherson) said she will focus on the aspects of the Budget statement aimed at strengthening Singapore’s social compact.

She added that she will highlight how Singapore can build up digital capabilities and improve the take-up rate of technology and innovation-related fields of study among women and girls as the Republic accelerates its digital transformation.

Ms Joan Pereira (Tanjong Pagar GRC) plans to use her speech to call for more support for caregivers, including part-time caregivers.

“I feel that this should continue to be one of the priorities of our Government going forward, because only by looking after our most vulnerable can we progress together as a stronger nation.”

Mr Henry Kwek (Kebun Baru) said he will make a call for the creation of “micro-jobs” for seniors, including those past the re-employment age, so they can continue to make a living.

He will also urge the Government to work closely with the private sector to cut red tape and find creative solutions to problems through the Open Innovation Platform crowdsourcing initiative.

On Friday, the third day of the sitting, Mr Heng will respond to MPs’ comments and concerns before Parliament votes on the Budget.

Ministers will then present the budgets of their individual ministries, and MPs will scrutinise and comment on their spending plans.

Before the Budget debate begins on Wednesday, the incident involving a staff member at the Singapore National Eye Centre who was mistakenly given the equivalent of five doses of the Pfizer-BioNTech Covid-19 vaccine will come under the spotlight during question time.

According to the agenda set in the Order Paper issued by the Clerk of Parliament, Ms Ng Ling Ling (Ang Mo Kio GRC) and Mr Yip Hon Weng (Yio Chu Kang) will both ask if the standard operating procedure for vaccine preparation has been improved following the incident.

Mr Gerald Giam (Aljunied GRC) of the Workers’ Party wants to know how public healthcare institutions manage the workload of medical workers to ensure that they are not overworked so that such human errors can be avoided.

The marathon debate is expected to wrap up on March 5.

Collecting the sounds unique to Singapore

At least 15 dead after massive crashThe location of the crash, in southern California. Picture: Google Maps