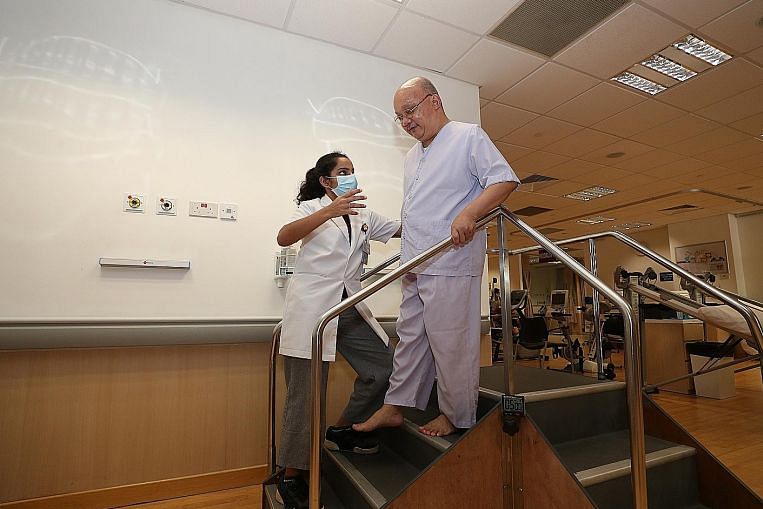 The Covid-19 pandemic has impacted Singapore’s job market – yet, more than 91 per cent of the Singapore Institute of Technology’s (SIT) Class of 2020 managed to secure employment by the end of last year, according to the university’s preliminary employment survey.

About 2,200 of these graduates will be receiving their degree scrolls at a series of graduation ceremonies – the first of which was held yesterday – until Saturday.

The main ceremony is to be held today at The Theatre at Mediacorp.

Transport Minister Ong Ye Kung will speak at the event.

The graduation ceremony will feature the first batch of locally trained allied health university graduates, many of whom were launched into the fight against the coronavirus straight from university.

No degree programmes in disciplines such as physiotherapy and diagnostic radiography were available at any of the autonomous universities here before SIT started offering them. Students had to go to private universities or head overseas to get proper certification.

Amid the coronavirus outbreak, newly minted radiographer Ang Xu Kai had his certification expedited so he could help with increased labour demands at the National University Hospital (NUH).

“Usually, it takes several months for us to get our full certification. But because they needed us in the hospitals, only a few weeks after I finished my last academic module, I started working at NUH,” said the 25-year-old, who is also the valedictorian in his class of 52 diagnostic radiography graduates.

The former Nanyang Junior College student was deployed to help screen suspected Covid-19 patients at the height of the pandemic last April.

“I was not really scared but felt huge personal responsibility. Being potentially exposed to the virus on a daily basis, it was really important for us to adhere strongly to infection control measures so that we would not become the ones spreading the virus,” he said.

His new job also required personal sacrifices, such as not spending time with his grandparents whom he usually saw on a daily basis before the pandemic.

“Because of the danger of exposing them to the virus, I didn’t see them from the time I started work all the way until the end of the year,” he said.

Mr Ang said that working through such a trying time for Singapore’s healthcare system has been a great opportunity to learn.

“It was eye-opening as a fresh graduate to see how operations were running as smoothly as they did even during the pandemic,” said Ms Vinita, who is now working at Tan Tock Seng Hospital.

The 25-year-old became interested in physiotherapy when her grandfather was hospitalised a little over a decade ago.

She said SIT’s degree structure, which placed a lot of emphasis on real-world experience, helped her transition quickly into the fast-paced and stressful world of healthcare.

“Upon graduation, our students can hit the ground running because of the solid foundation they receive during their integrated work-study programme stints,” he said, commenting on the employment figures of the Class of 2020.