Skip to content
Turn Back Covid-19
You are here : Home / English / Hamilton: “Nothing I could do” to beat Verstappen in F1 sprint

Hamilton: “Nothing I could do” to beat Verstappen in F1 sprint 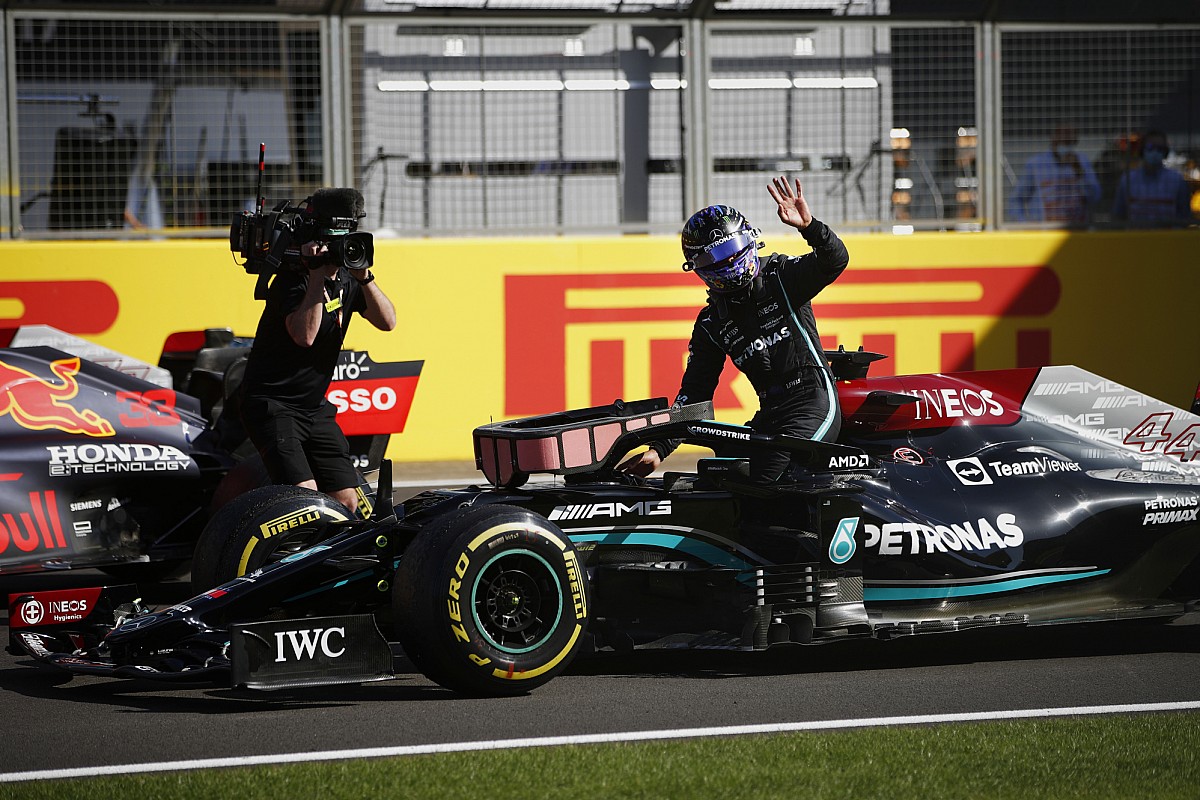 F1 staged its first-ever 100km sprint race at Silverstone to determine the starting grid for Sunday’s British GP, with Verstappen securing pole in the Red Bull.

Though Hamilton topped qualifying on Friday ahead of Verstappen, the Red Bull driver jumped him off the line in Saturday’s 17-lap sprint and fended off an assault from the Mercedes on the opening tour.

Verstappen quickly put over two seconds between himself and Hamilton – though the gap shrunk to 1.4 seconds at the chequered flag as the former was told to avoid kerbs – to claim victory.

Scoring three points for the win, Verstappen has gained a point on Hamilton in their title battle, with the Mercedes driver admitting he has to be in front at the start on Sunday to stop Verstappen charging away again.

When asked if only losing a point in the title race was a positive he could take from the sprint, Hamilton replied: “Every point counts man, so I wouldn’t say that.

“But I’m grateful to have finished and tomorrow we’ll fight again, but I mean they’re just so strong in the race. He was pulling away, there was nothing I could do to hold on to him. So, we’ve really got to try and be at the front somehow.

“They’ve [Red Bull] done a great job with their engine, their starts are really great this year, we’ve lost a bit of performance on our starts, so we’ve got to work a bit harder to try and improve that, because losing positions is never a great thing.”

Commenting on the first sprint race, Hamilton says the weekend format shake-up has been “enjoyable” and hopes for more alternate formats in future.

“I don’t know how it was to watch for the fans, I think this weekend’s been awesome in terms of like yesterday was such a fun day to have qualifying on Friday, way more enjoyable,” he added. “I don’t know whether that was the most exciting race or not, but we should do more like that, maybe a different version of it in future, because this makes the weekend more enjoyable I think.

“But I need everyone to bring their energy again tomorrow.”

Hamilton’s teammate Valtteri Bottas was one of four drivers to run the soft tyre in the race and finished third as Mercedes hoped the Finn would be able to jump Verstappen at the start.

“We tried to do something different and obviously the target was to try and get him at the start or in the first lap,” Bottas said. “It didn’t happen. I think he had a good start as well. In Turn 1 I was slightly blocked so I couldn’t really use the momentum, but we tried, and in the end we still managed to keep the place with a soft tyre, even though there was some blistering.

“I think today shows that tomorrow is not gonna be easy. And if it’s gonna be a bit warmer, then might as well see more issues so at least we’re definitely aware and more open if anything will happen really.”

Inter-Korea hotline: Will daily calls build momentum to a summit?

What Tokyo and Seoul must do to meet their coal pledges

Who’s in trouble, the US dollar or emerging economies?

Night curfew to be extended in Manila

Fighting the stigma of mental illness

One sport has gifted Indonesia all its Olympic golds. The streak continues in Tokyo.