Skip to content
Turn Back Covid-19
You are here : Home / English / Online platforms roped in to win fight against sale of ivory products following ban 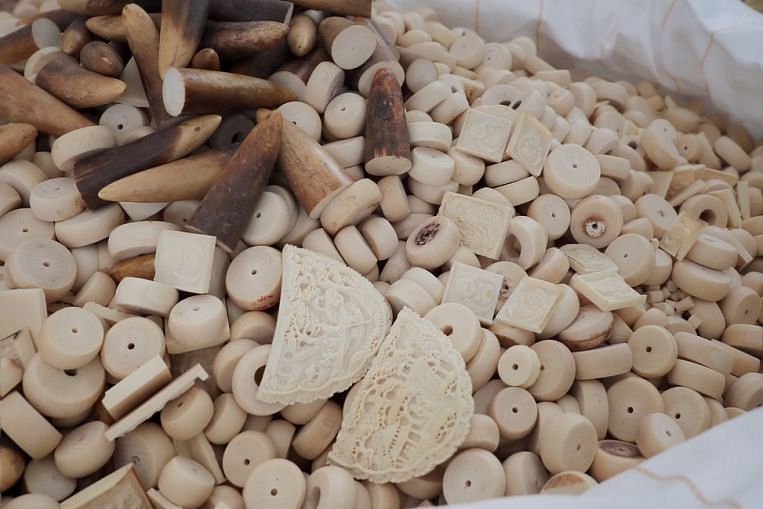 SINGAPORE – Sellers of ivory products online are now being “hunted down” after a domestic ban on such items kicked in this month (September).

The authorities are working with online platforms to ensure that all ivory listings are removed, while e-commerce sites such as Carousell and Facebook have committed to prohibiting content, advertisements and listings.

Those found selling elephant ivory or ivory products, or have put these items on public display for the purpose of sale, may be charged under the Endangered Species (Import and Export) Act. Those convicted can be jailed up to 12 months or fined up to $10,000 per specimen, not exceeding $100,000 in total, or both.

Dr Adrian Loo, group director of wildlife management at the National Parks Board, told The Straits Times that its staff have been working closely with e-commerce platforms, including Carousell, to remove any postings or listings that display any ivory product, or the likeness of it.

A spokesman for Carousell said it uses techniques such as artificial intelligence to detect these prohibited items accurately, including product listings where their details may not be explicitly stated.

A Facebook spokesman said it prohibits content and advertisements attempting to trade, sell or purchase wildlife, and products or parts from endangered or threatened animals, though it did not elaborate on how this is carried out.

Under the Convention on International Trade in Endangered Species of Wild Fauna and Flora (Cites) – which Singapore is a party to – global trade in elephant ivory has been banned since 1990.

In 2019, the Republic prohibited international trade in elephant ivory. It allowed domestic trade if the dealers could show that their items were imported before 1990, or acquired before the elephant species in question was listed in Cites.

Ms Boopal said the two-year grace period allowed time for sellers to ensure that they could comply and clear the stocks they may possess.

However, there were instances in which ivory products were mislabelled or claimed to be old stock during this period, so the blanket ban now is clearer in enforcement, she added.

Singapore’s efforts to tackle the illegal commerce have also been given further bite with the use of new technology and genetic sequencing tools.

For instance, ivory products that have been processed and may not have identifiable physical characteristics, such as bird cages, will be taken to NParks’ Centre for Wildlife Forensics for DNA analysis.

“If these items are confirmed to be elephant ivory or ivory products, these items will be destroyed to prevent them from re-entering the market,” said Dr Loo.

In June and July last year, NParks was informed by the Immigration and Checkpoints Authority about several packages that were suspected of containing ivory.

“The specimens were examined, and physical patterns distinct to ivory were observed on some pieces,” said Dr Loo. The items were taken to the Wildlife Forensics Centre for further molecular analysis, he added.

Out of the 95 samples, 62 were identified as having Loxodonta africana (Savanna elephant) and 16 Bos taurus (cattle) origins. The remaining 17 samples yielded inconclusive results as these specimens had highly degraded DNA.

These cases are being filed in court.

To prevent the use of Singapore as a transshipment hub for illegal wildlife trade, border detection capabilities are being enhanced, with the deployment of a K9 unit of dogs specially trained to sniff out illegal wildlife smuggling.

QF students to speak up on climate change at summit

Hamilton: F1 pitlane error in Sochi “nothing to do with pressure”

Russell “almost crashing” in Sochi pits after switch to slicks

How a Leggings Empire Reveals a Hole in the American Economy

We are ready to provide support to reach agreement between Afghan parties: Foreign Minister

The Best Indie Movies to Watch This Fall